IMS now enables farmers to delegate operations to their employees and contractors. 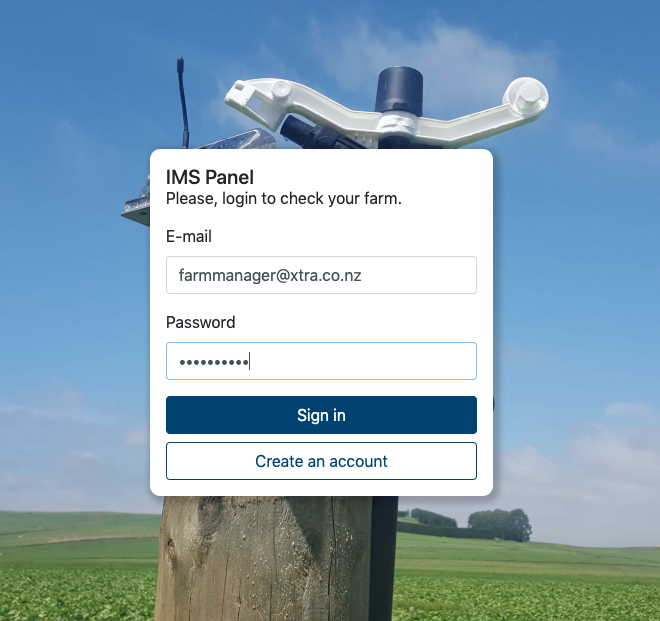 Farm operations are often carried out by many people. For example, a Farm Manager might maintain oversight of a farmhand who in turn might be tasked with keeping an eye on stock water levels. In other cases, the Farm Owner might contract an irrigation company to install and configure a fixed set of sprinklers on a block.

IMS defines someone called a Farm Owner. This person is the primary account holder for one or more farms or blocks. This person is usually the bill payer and typically wants oversight over pretty much every aspect of the farm.

Under IMS the Farm Owner can delegate people like farm managers or irrigation installers to access the IMS system to manage certain operations.

We call these other people Farm Delegates (or “Agents”). The Farm Owner gets to decide just how much they are allowed to do. For instance, they might be restricted to looking at tank levels but not allowed to change hardware without authorisation.

The process for adding a delegate to a farm (or block) requires the Farm Owner to send an invitation from IMS, which the Delegate receives as an email. They then respond by signing up for an account on IMS, (as a delegate) if they don’t already have one and then accepting the invitation from the Farm Owner. Thereafter they can access any aspect of the farm (or farms) to which they have been granted permission to see or change.

Please click here for for information in a how-to guide.